The ancient Forio is the queen of sunsets

The town of Forio d’Ischia is one of the largest and most ancient territories inhabited of the Island, and it is also the biggest and, maybe, the most magical municipality.

Forio is located in the west and, with all its hamlets, it spans from the slopes of the western side of the Epomeo Mountain to the green of the bays, from that of San Francesco (Saint Francis), the first one visible coming from Lacco Ameno, to the inlets of Sorgeto and Scannella, in the hamlet of Panza. Forio d’Ischia is famous for its sunsets, which here can be admired until the very last second, when the red star slowly plunges in the sea and, at times, gifts the viewer with a green ray.

The beaches of Forio

From “Le Agavi Resort” the most accessible beaches are Saint Francis and the Chiaia: These are course sand beaches and offer both free areas and areas with accommodations for rent. These beaches are ideal for children as they are protected from the reefs. They look out over clear waters, ranging from intense green to blue. The sea floor is sandy and perfect for snorkelling, jumps, and scuba dives. Beyond the centre of Forio, continuing on, you will find the bays of Cava dell’Isola, the only free beach on the island of Ischia, and below the promontory of Punta Imperatore lies the green bay of Citara, a long beach that also hosts the Poseidon Gardens, the largest thermal park in Europe.

The fraction of Panza, the southernmost one, is home to the special Sorgeto, a cove where the thermal water mixes with the sea, and the Scannella, with natural pools of breathtaking colours. These inlets are less suitable for children: Sorgeto because it has areas where the water reaches 90 degrees, and the Scannella because it can be reached on foot with 290 small steps.

The Center of Forio

Forio is famous for its watch towers, built by the Saracens, which mark the territory; today the largest tower is the Torrione, which is located in the middle of Corso Umberto, whose silhouette sits as a throne over the historic centre.

Not far from the tower, overlooking the water, is the Church of Soccorso. This monument holds its own, it is white, sheltered, and silent. The structure dates back to the year 500; legend narrates that it has been erected by the grateful fishermen after having found an image of the Madonna off the promontory.

The church is a few minutes’ walk from the centre and overlooks a large and panoramic square that hosts concerts and events during the summer. If you go around behind the church, stop for a moment and embrace the view of the horizon: This is one of the best vantage points on the island.

Forio, ancient and seductive, awaits you in the west. Silent and hermetic, filled with hidden corners to discover, from its Arabic heritage to its multicultural luminous present. 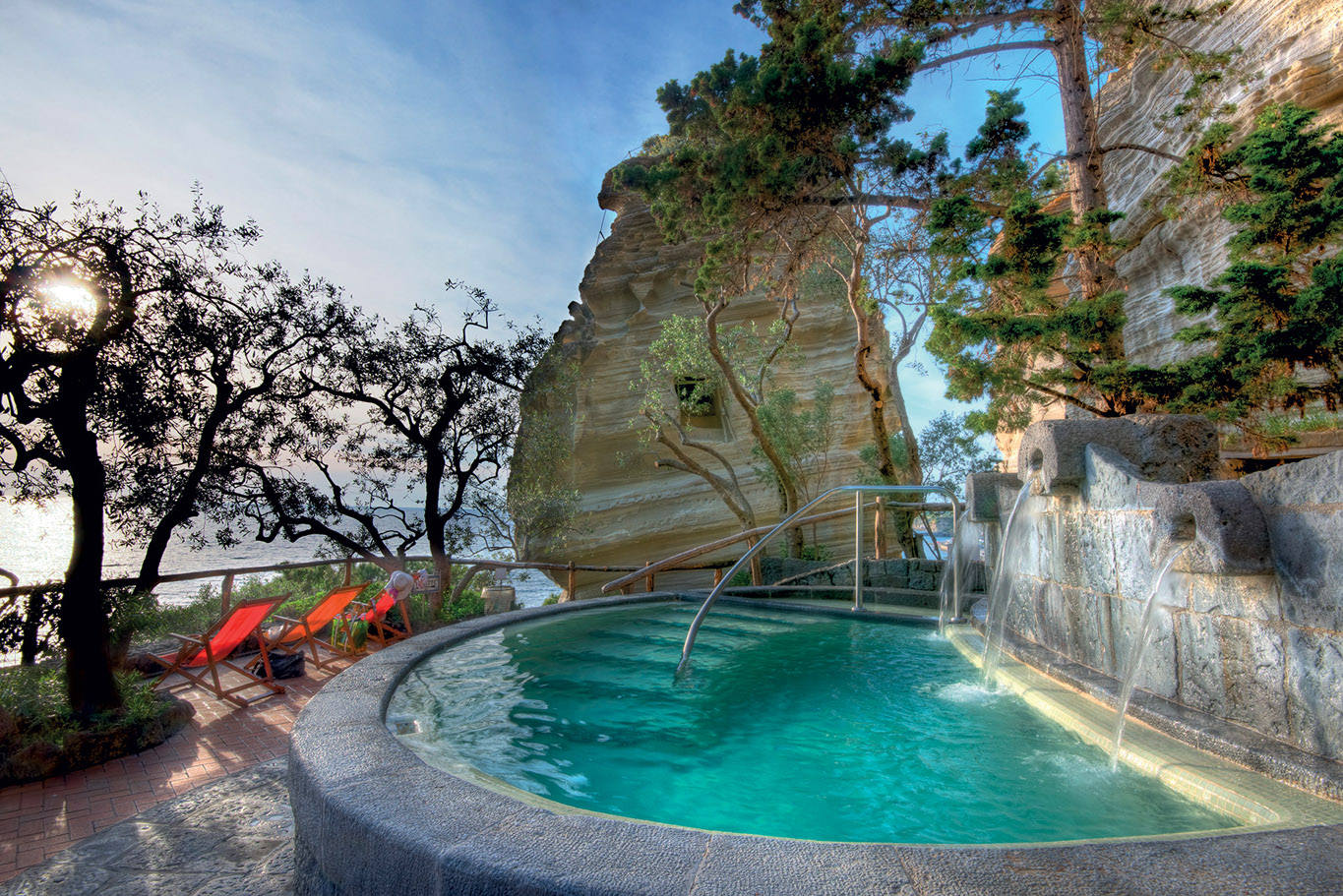 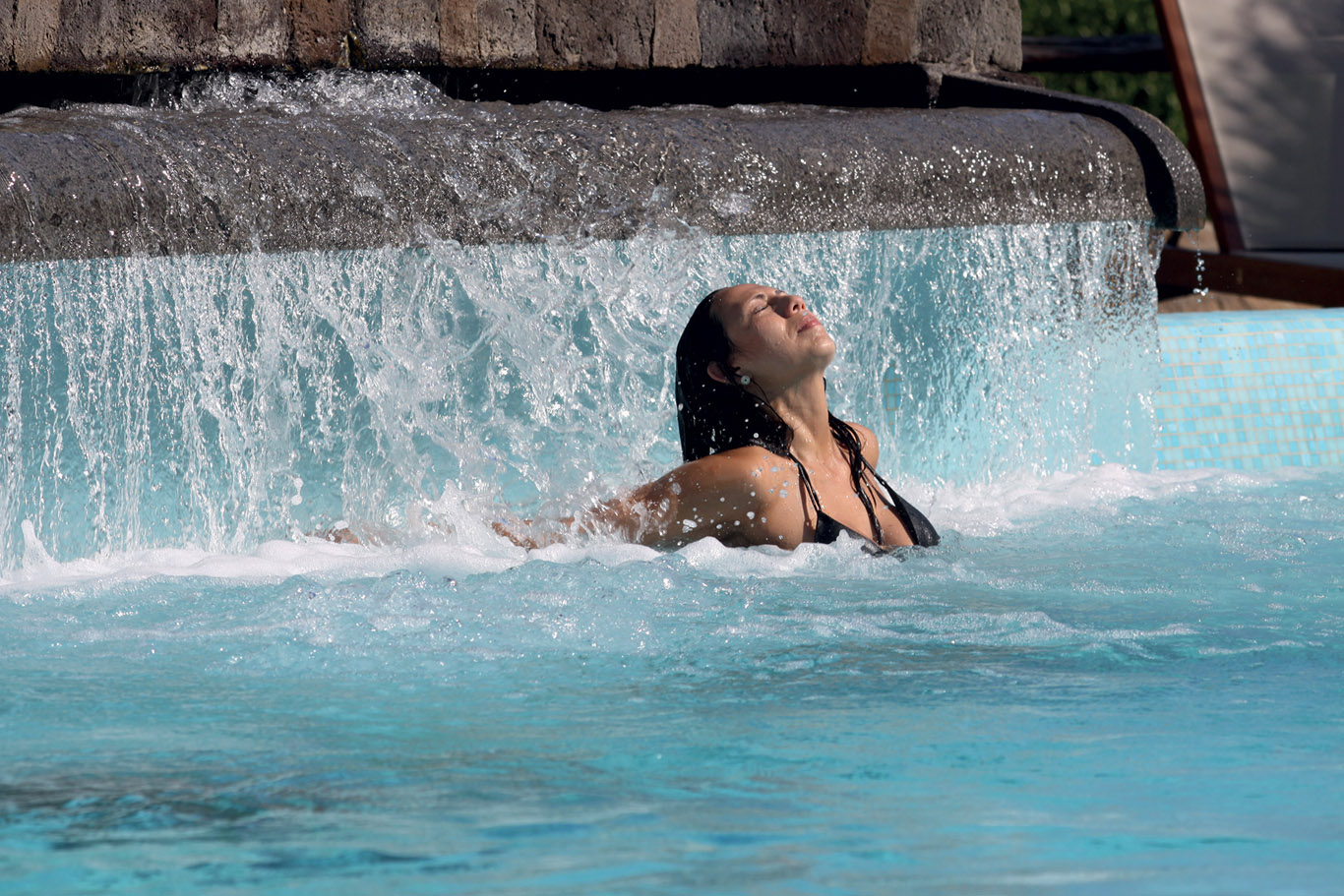 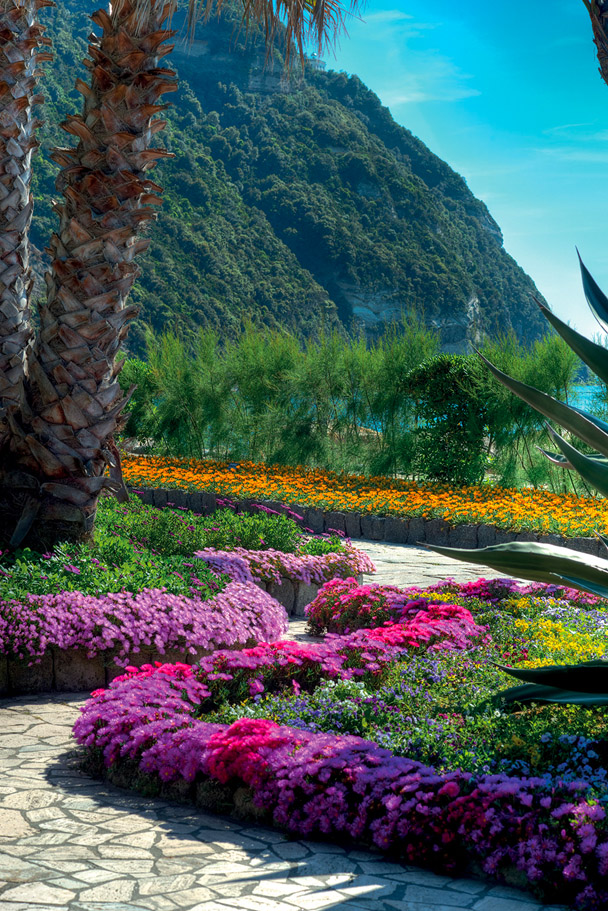 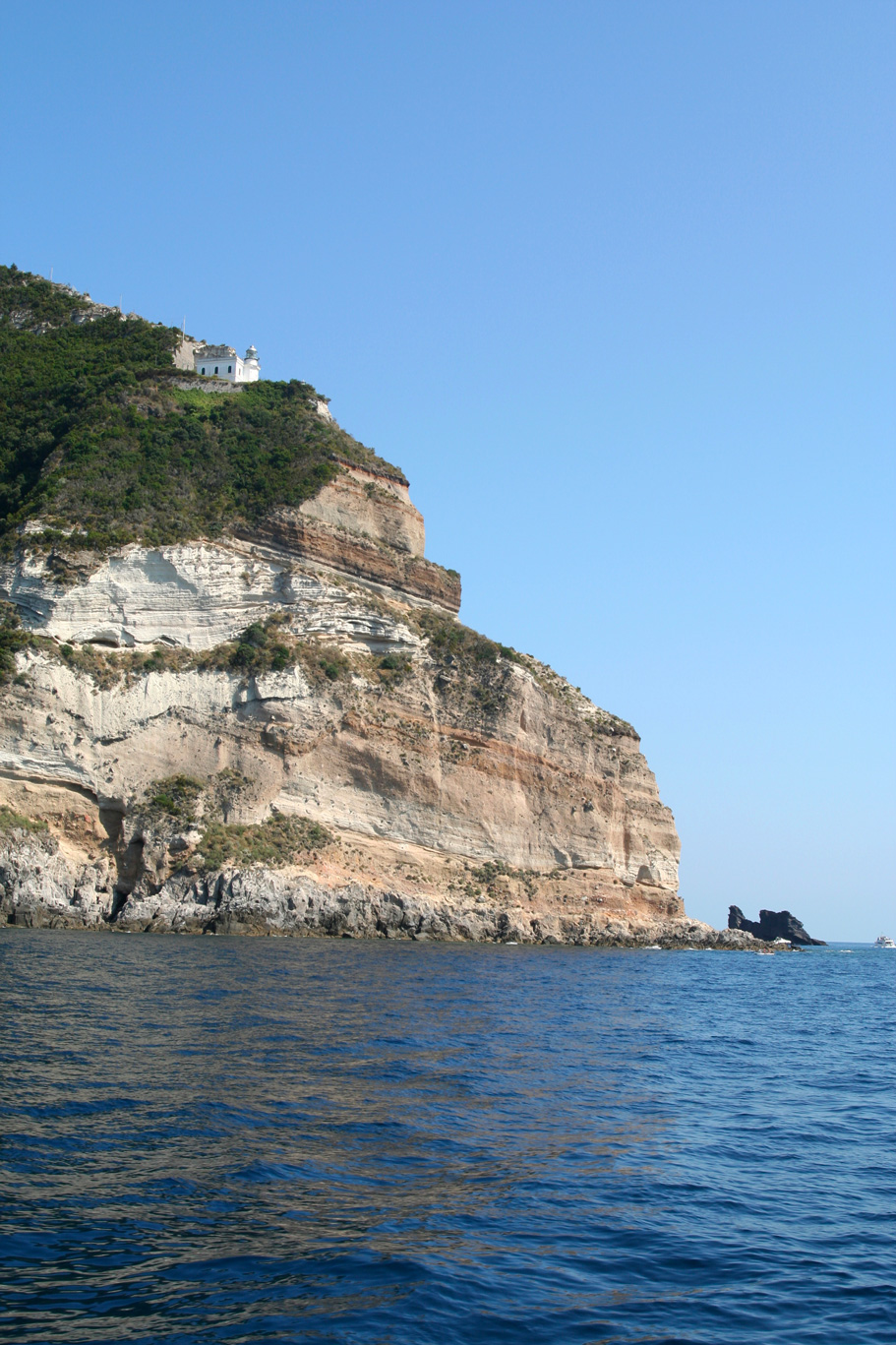 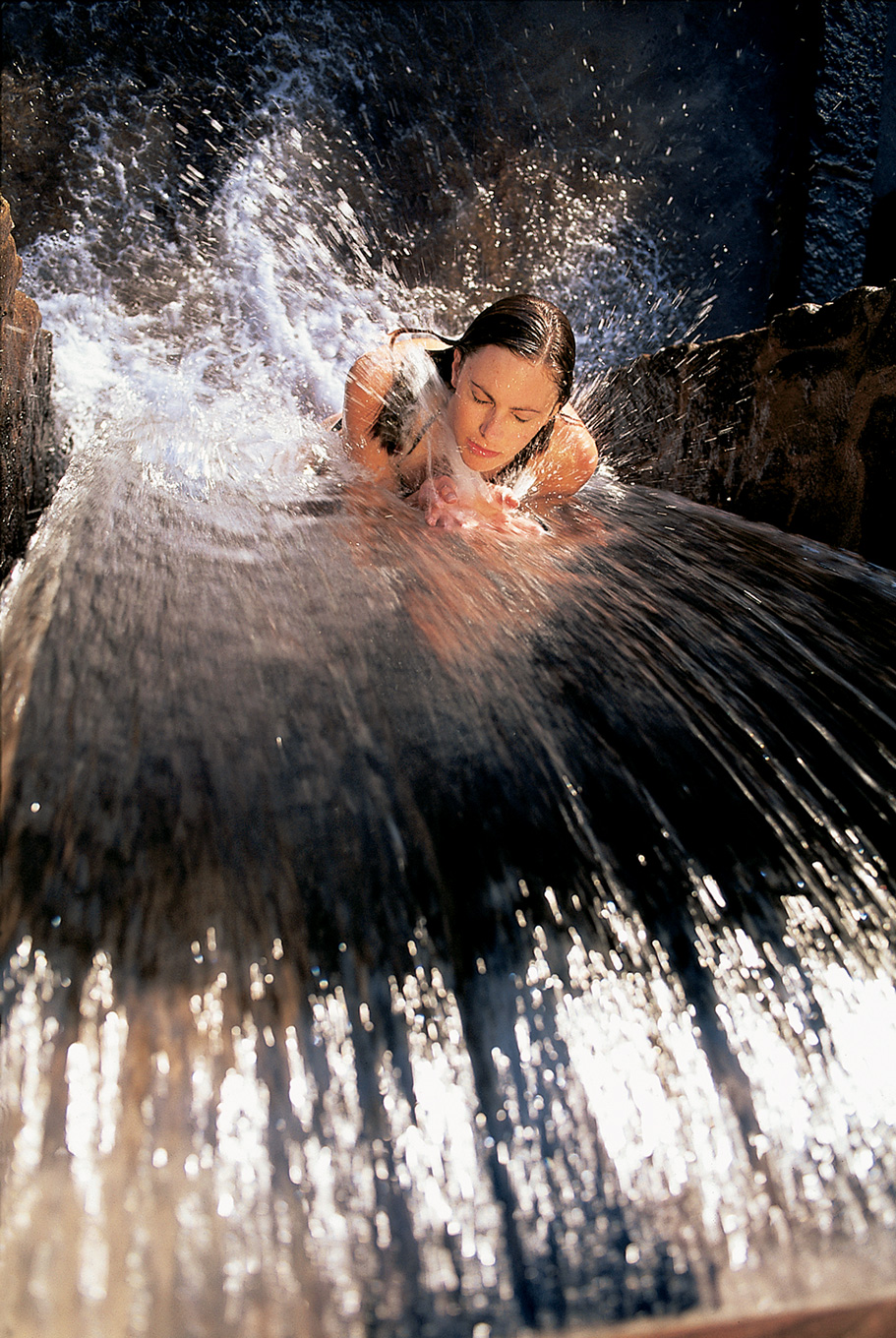 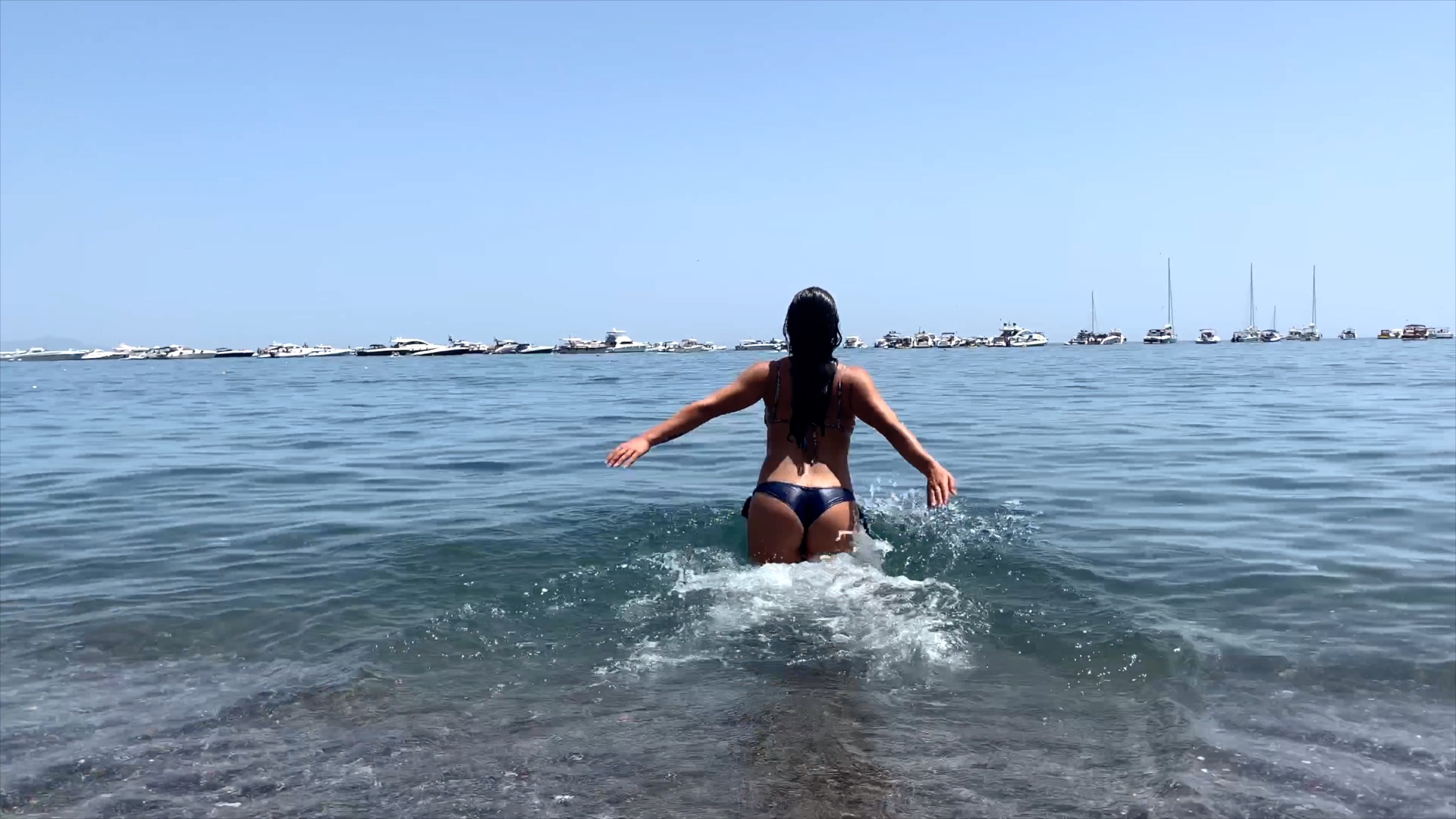