Ischia is dominated by the 789 meters high Epomeo Mountain, the volcano that has always provided the island with fertile lands, excellent wines, and thermal spring heritage unique to the world. Ischia is the eldest sister of the Flegrean Archipelago, famous all over the world for its unique mix of coastal and rural traditions, spas, and exclusive landscapes. Let's begin with its past: Ischia has millennia of history. It was the first Greek colony in the West, which today preserves the precious testimonies of the Greeks, Romans, and all the other peoples who colonized it in museums throughout its municipalities and out in the open. Discover Ischia starting from the cobblestones of the historic pedestrian centres, and enjoy the wonders of the watchtowers and the Aragonese Castle, which acts as an outpost jutting into the sea, a remembrance of Ischia’s central role in the conquest of the Mediterranean.

The island of Ischia is green and blue, it has nature, art, history, and culture

Ischia is green. Green from its broad pines, covering the Epomeo Mountain like a blanket and gently sloping down towards the sea. The intense vegetation of the coastline, which can be admired from the sea, or from a boat, the green of the botanical gardens with its unique regional specimens, such as the Mortella in Forio.

Ischia is blue. Blue from its sea, its 38 kilometres of coastline, its sandy beaches, cliffs, natural caves, and bays in which thermal waters eternally mix with the sea.

The intense blue of the sky, which never ceases to amaze, changing hues as one changes vantage point, and casting luminous rays, suddenly, as the sun appears around a curve.

Ischia is truly to be discovered, but it only reveals its thousand faces to those that dedicate themselves to its exploration without rushing. Ischia, with 6 towns and three tourist ports, is modern and well equipped. The island is easy to navigate with two bus lines that run through it or by car on the state road that encircles it, and allows easy access to its towns, each unique. One can also reach Ischia’s most secret places by scooter or bicycle.

Ischia is art. Ischia is for the jet set. The island hosts many international events, such as the Ischia Film Festival, the International Journalism Prize, the cultural and musical events of Negombo, in Lacco Ameno, the charm of the Colombaia, the villa of famous director Luchino Visconti in Forio.

The precious virtues of the thermal waters of Ischia can be discovered in well-established spas positioned in the natural points where the sea meets the thermal springs, like the Bay of Sorgeto in Forio and the Cala of Cavascura in Sant’Angelo.

Good times come to life at night and carry on until dawn, best accompanied by a croissant fresh from the oven, from a café along the right bank of the Port of Ischia, a central point for many bars and lounges, near all the best walking streets of the centre.

Hidden gems are best found on foot, by bike, on horseback, or by mule. Travelling along forgotten paths, one is flanked by dry stone walls above, by the sea below, and by the sun kissed vineyards of the island’s interior, all there for you to take in and explore.

Excursions by land and sea, car and bike rentals, guided tours around Ischia, Naples, Pompeii or the Amalfi Coast? The choice is yours: Make reservations with the concierge based on how you would like to explore the island and the main land.

Discover the island of Ischia and her many facets, surround yourself in the greenery and brilliant blues, explore the millennia of charm and history. Sit down in the evenings, after taking in the sun, breathe in the island breeze. 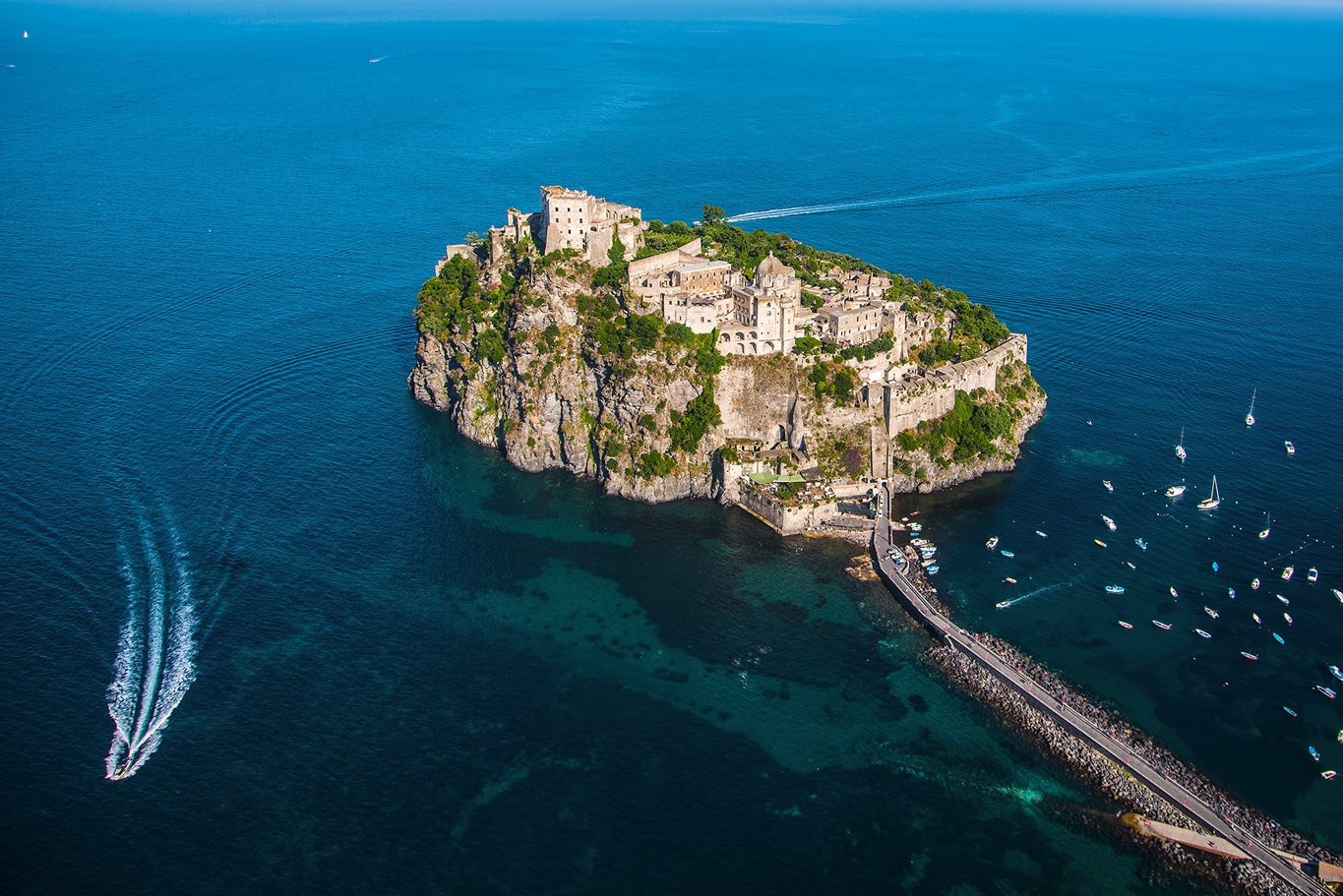 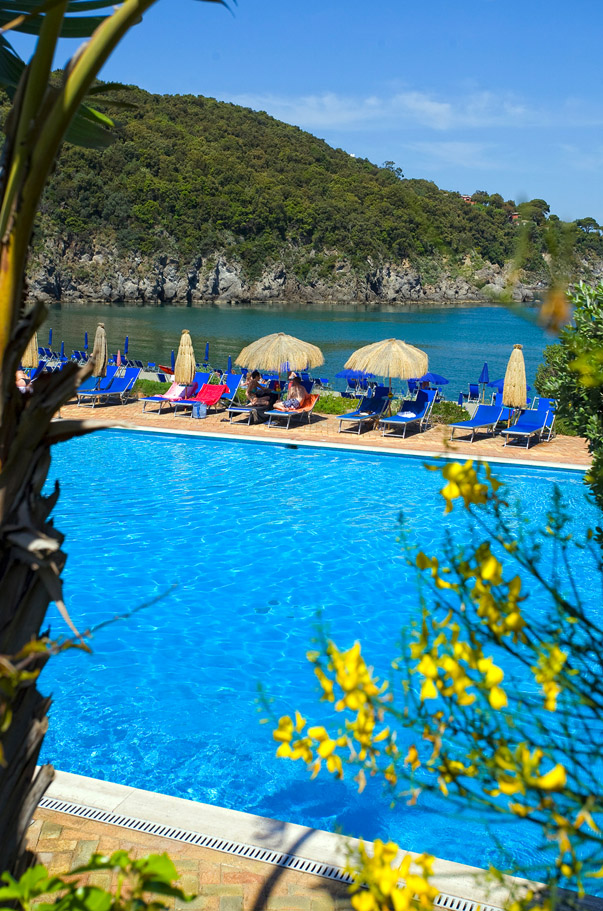 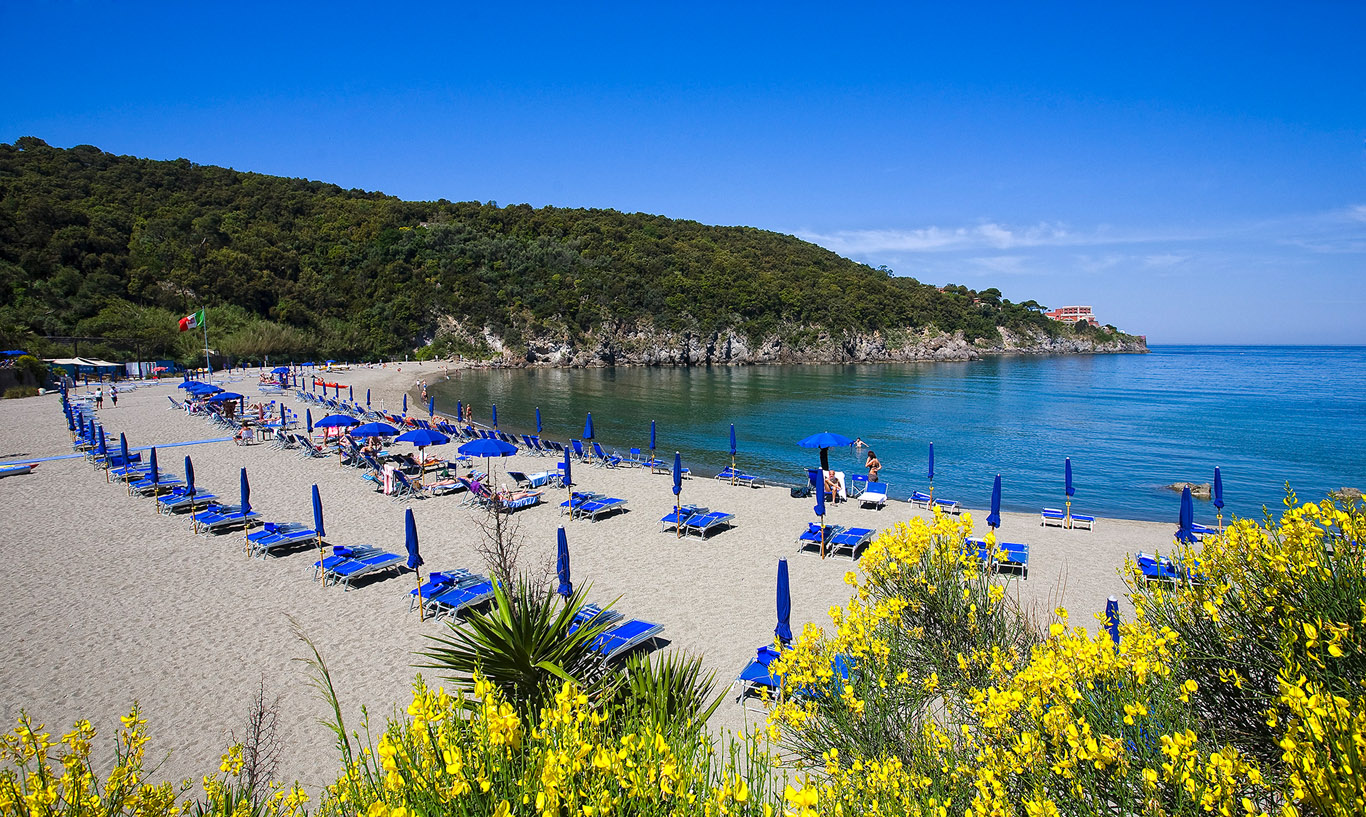 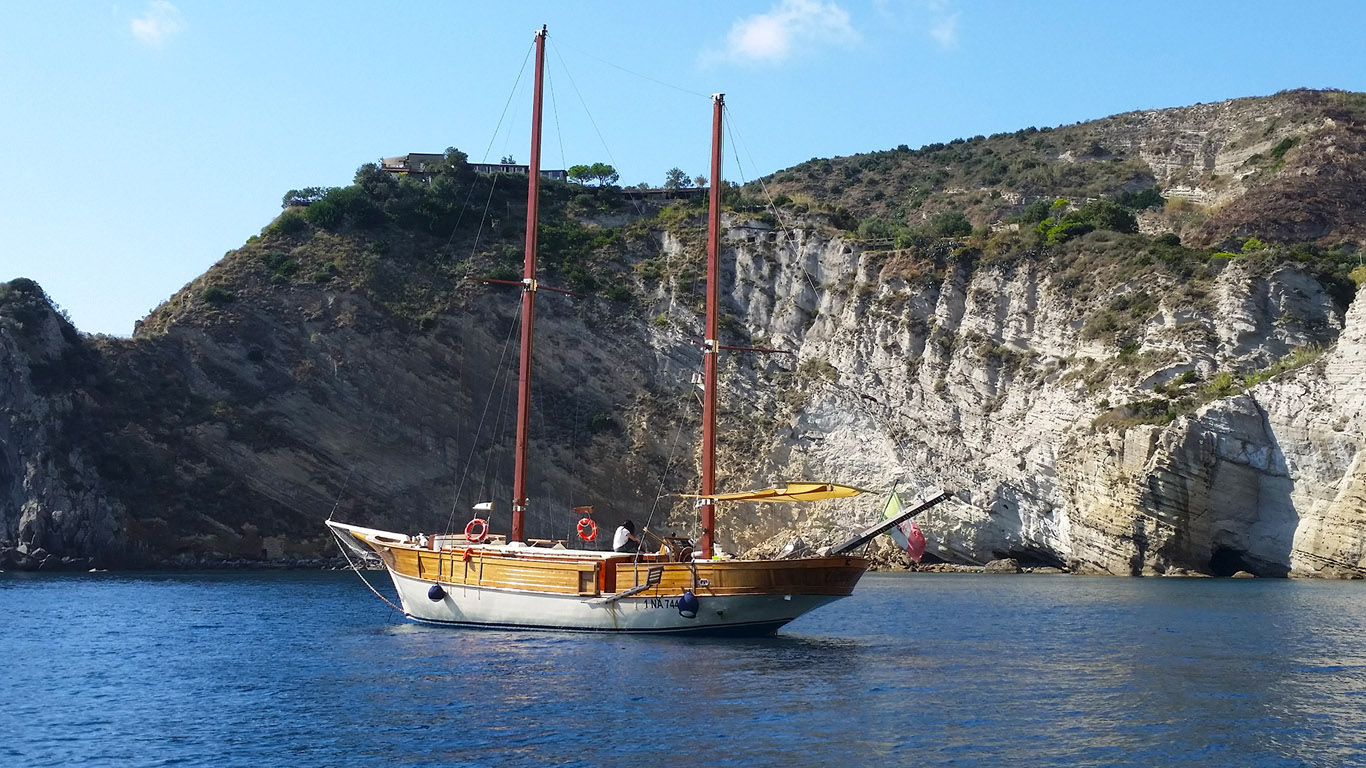 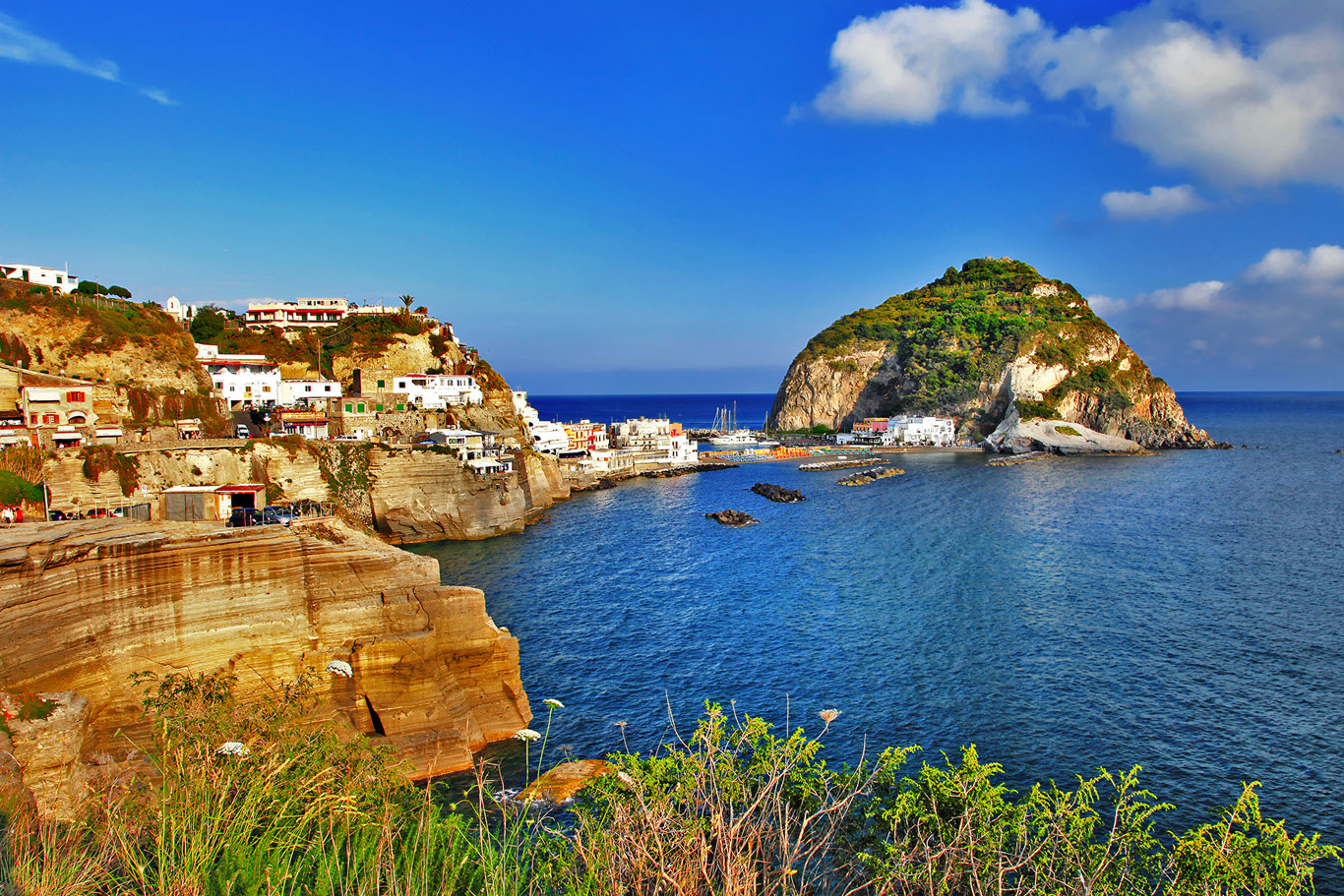 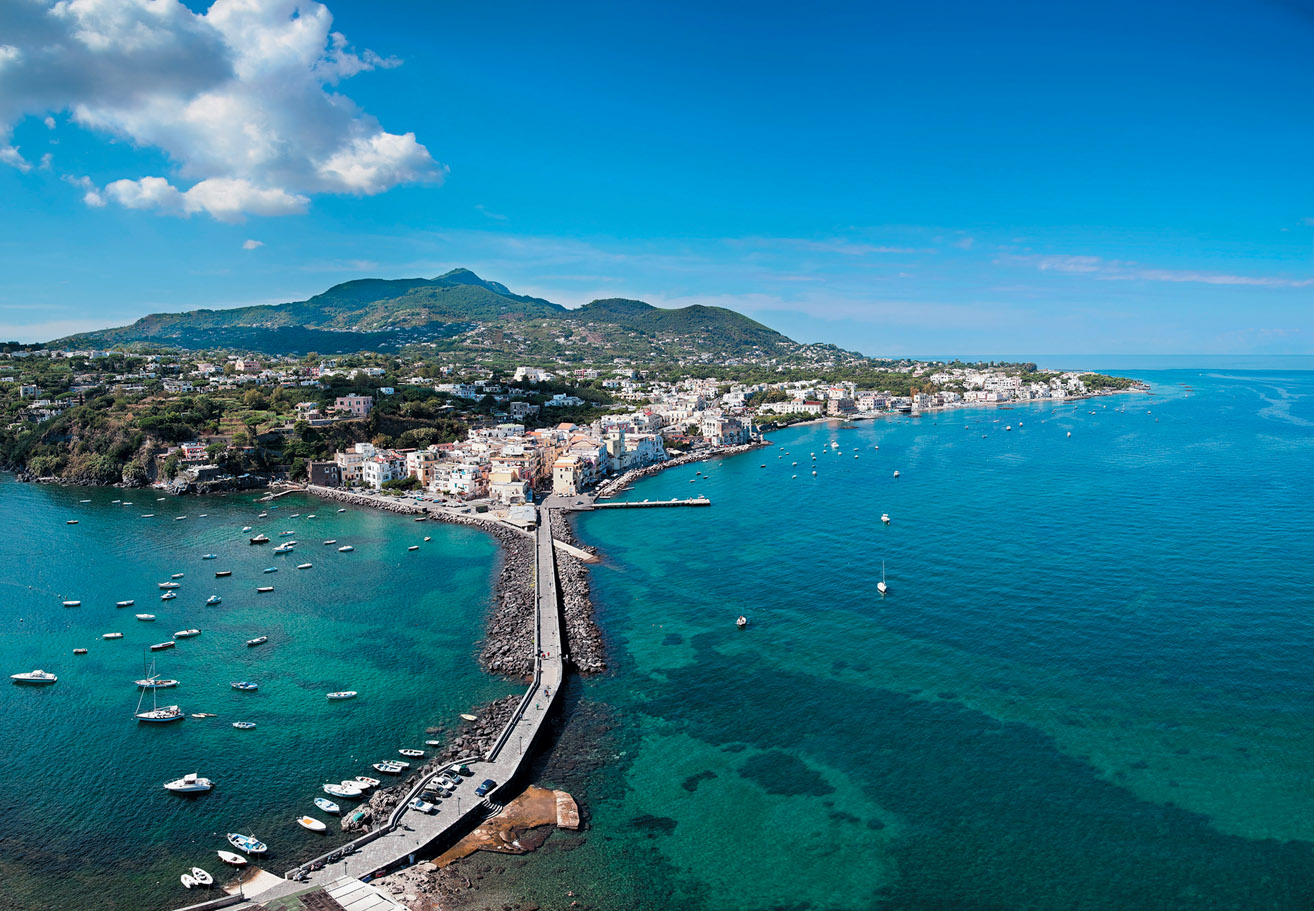 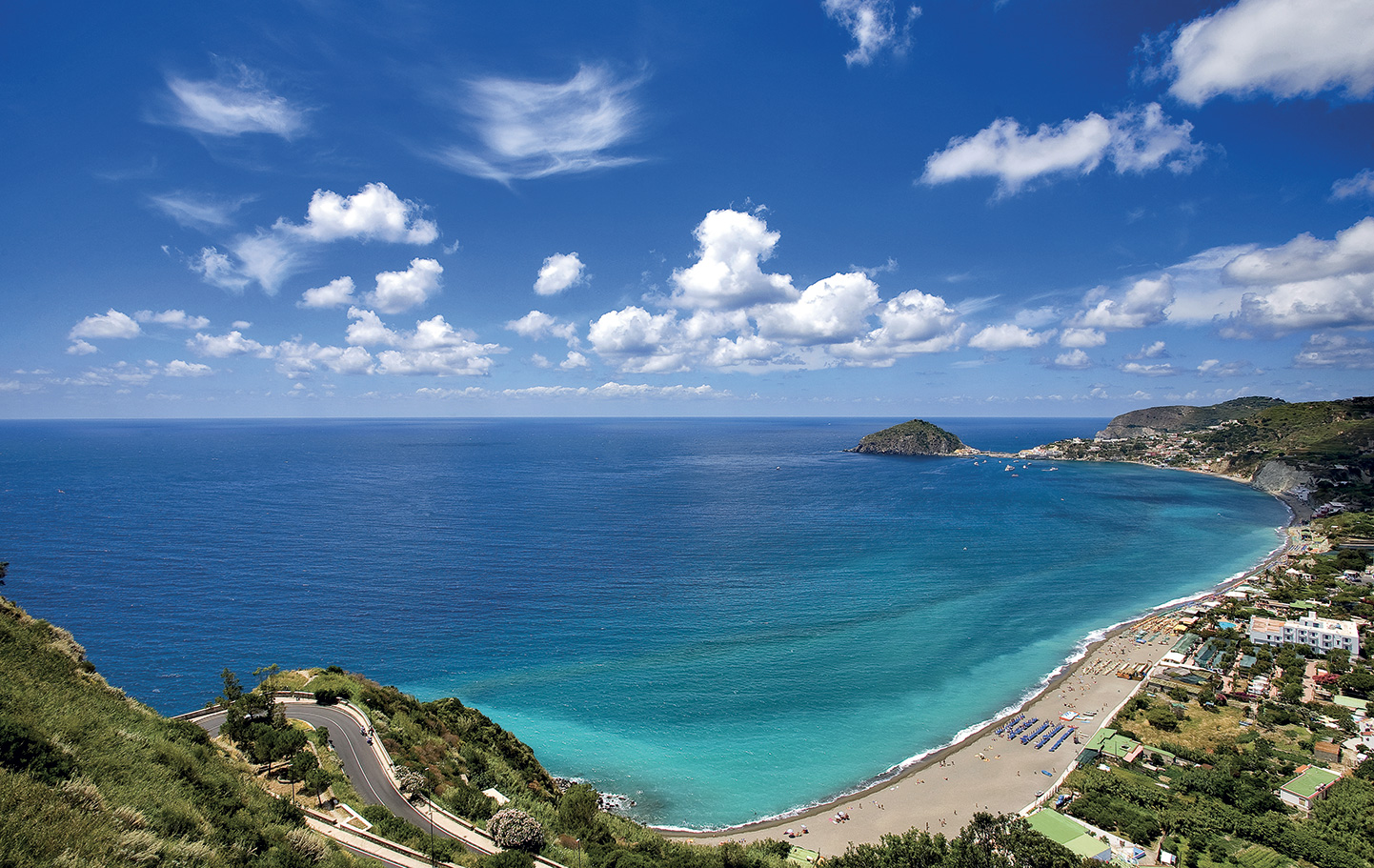